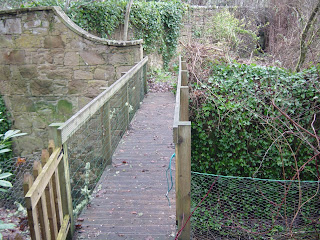 Well, today was my first day at yet another walled garden reclamation. Not sure how long this one has been neglected but by the looks of it, quite a while. So for at least the next four Fridays, I shall be gardening by chainsaw !! The photo above shows the wee bridge you have to cross to gain access. The next series of photos will give you a flavour of what I'm up against ! This next photo shows what greets you as you cross the bridge 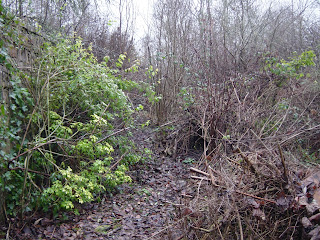 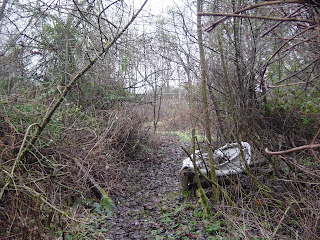 Somewhere in here lies a row of plum trees ! 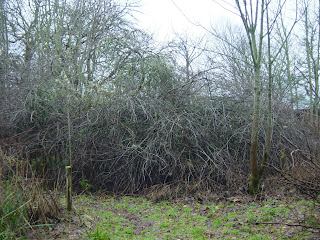 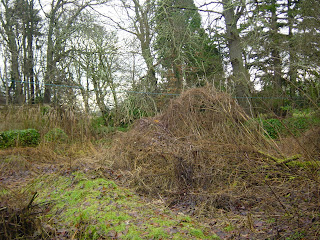 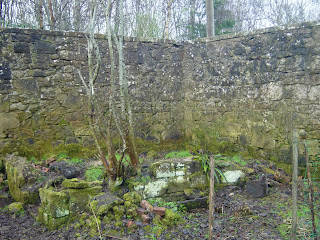 And finally, here is the small veg patch that the family used lastyear - to be extended by the area at the front of the photo that I cleared this morning. The ground was still too frozen to dig over but it is a seething mass of nettles and willowherb.