Well, that's the start of the season proper for me. Tonight after I got home from work, plugged in the heated propogator, set the thermostat at 22 degrees, soaked the capillary matting and sowed my first seeds.
The local show has a class just for members of the local gardening club, which this year is to grow a chilli plant in a pot - the variety being Basket of Fire. I have agreed to start these off and grow them on until the 9th April when the plants will be distributed to the members for them to grow on or kill as they see fit, until the show on 18th August. So tonight my first seeds sown were 50 x Basket of Fire chillies. 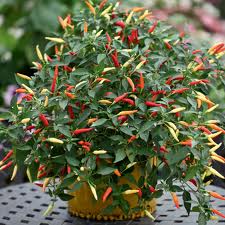 When I ordered the Basket of Fire seeds, I received a free packet of seeds for Chilli Numex Big Jim, so these were next on the list. These will be grown on in my greenhouse - either the plants are huge or the guy in the photo has tiny paws..... 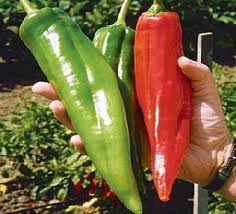 Finally on the chilli front, I sowed my own chillies - Ring of Fire which I purchased from Shelleys Seeds. Again these will be grown in pots. 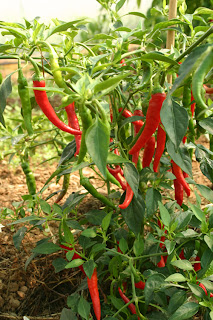 And just before it got too dark to see the seeds, I sowed four pots of Lyon Prizetaker for culinary leeks. 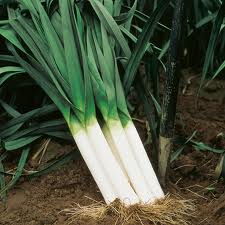 I know everyone has different methods, but for what it's worth, here is how I sow my culinary leeks.
Fill a 1 litre pot with compost, soak it from the bottom and leave to drain. Take a pinch of leek seeds (my pinch equates to about 25 seeds) and sprinkle as evenly as possible on the surface. Cover with a fine layer of compost et voila ! Not terribly scientific I know but this is the method I used when I was growing about 3000 leeks per year so it had to be quick. When planting time comes, knock the clump from the pot, cut the roots back to about 2", seperate the plants and place into pre-dibbed holes, water in and that's it.