Well, it's been a while since I last posted so I thought it was time for an update. It's been very busy at the various gardens that I work in and I'll try and update you on these next weekend but ths entry will just cover my own stuff.
Despite the horrible weather, snow, sleet, a lot of hailstones, cold winds, frost etc, my show parsnips(variety Pinnacle) are just beginning to set their first true leaves 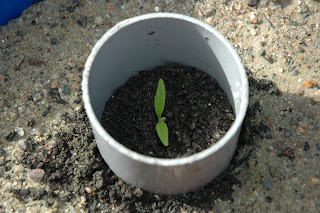 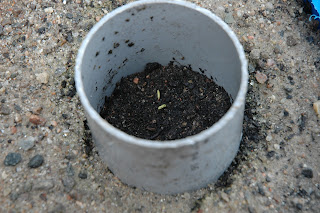 And the first of the Long Beet are making an appearance 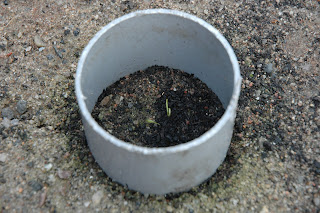 Elsewhere, I have my Hercules onion sets planted out. I have these in one of my beds alongside my garlic, as well as another 6 in a box filled with JBA's leek/onion compost. 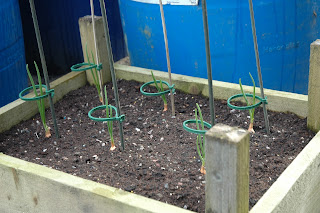 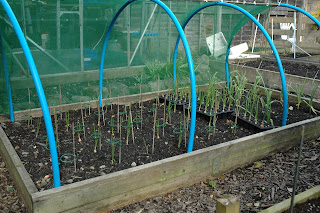 I also "found" an Elephant Garlic growing beside my onion set box, so it was lucky it wasn'y buried under a barrel or the set box ! 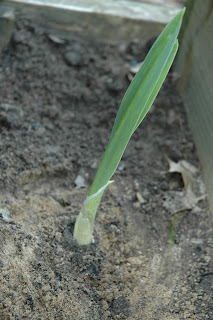 In the greenhouse, I have potted on my cabbage Liberator into 3" pots. I transplant the seedlings from the cell pack into the pots and more or less plant it so that only the leaves are above the level of the compost - this gives a sturdier plant awith less chance of a twisted stalk later in life. 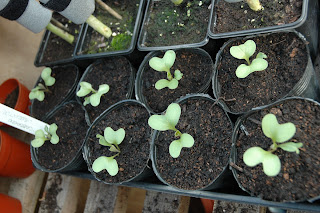 My Cedrico tomatoes are starting to gropw away now - in fact since taking this photo this morning, they too have been potted on into 3" pots, again planted deep as the young plants will produce more roots under the compost making for stronger sturdier plants in later life. 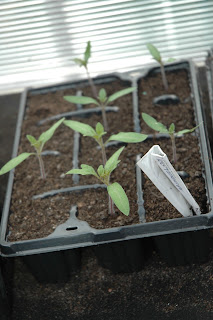 The Basket of Fire Chillies that I am growing for the Gardening Club class at the local show are doing well, and will be distributed for members to grow on at home next month. 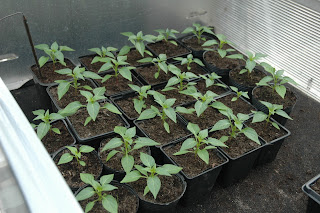 I have started sowing 4 cauliflowers, variety Raleigh, at weekly intervals and the first 4 have now germinated. this is slightly earlier than advised by Jim Pearson at the NVS Scottish Branch seminar but the growing season up here is shorter and I hope to have some for a couple of early shows.too. 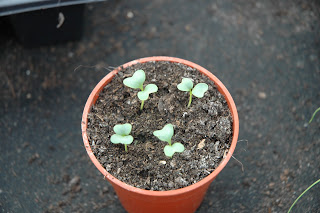 I have also sown some Savoy Cabbage - a variety called Tundra that I have grown before  and some Kale called Winterbor. I last grew this variety when I was running a veg box scheme and it performed really well and stood through really hard winters

And lastly, in the greenhouse, the leeks that I was sent by Helen V of the NVS all the way from Hampshire, are growing well and are now in 5 litre pots filled with JBA's leek / onion compost. 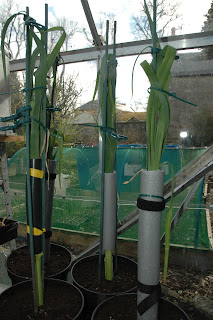 Jobs for the coming week inclide planting out my eating onion sets (Stuttgarter Giant and Centurion) the first sowing of Beetroot Pablo, and of Frank Taylor's Broad Beans, and starting to get my potatoes sorted and planted into their polypots, I am using JBA's ready mixed potato compost this year - here's hoping that the label that Iain has put on the bags is accurate !! 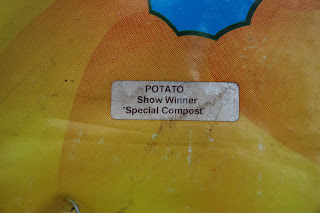 That's it for now, though I'm sure as the weather improves, I'll have more to update - including hopefully the germination of my stumps.