Well, the show has been and gone and was judged to be a success -bigger and better than last year with more entries in almost all classes and some of the better known grow for show guys up here putting in an appearance for the first time, coming from Golspie, Contin, The Doll and Nairn, which was very gratifying, especially as they were all complimentary about the show itself.
The veg entries were up considerably on last year, as were ceratin classes in both the cut flowers and pot plants.
Anyway, although I didn't get as many cards as last year, I did get more red tickets so I was well happy. In no particular order I got reds for the following
Truss of Tomatoes (Cedrico)
6 Medium Tomatoes (Cedrico)
6 French Beans (The Prince0
Cauliflower (Cheesy)
2 Cucumbers (Carmen)
Pointed Cabbage (Hispi)
Onions from Sets (Setton)
3 Stems Rhubarb (Variety unknown)
2 Sweet Peppers (California Wonder)
3 Globe Beetroot (Pablo)
6 Chilli Peppers (Cayenne)
Collection of potatoes (Winston, Maxine, Harmony, Kestrel)
Any Other Veg - 3 Parsnips (Albion)
I also got a red ticket for my chilli sauce!
My Sweet Candle Carrots  were a nice set but when compared to the SC staged by Wattie MacBeath from the Doll and the Abaco put up by Ali Iles from Nairn, they came up short.
However, I came away with three trophies - R&B Garden Centre Shield for most points overall in the show,Glasstorm Trophy for most points in the Veg classes and Tain Pottery Plate for most points in the tomato classes (2 x 1sts and 1 x 2nd).
My oldest daughter Iona also got a red ticket and a trophy  for her vegetable animal (a tortoise made from a melon, courgettes and cloves) so she was well chuffed to have her photo taken with her old man and the other trophy winners.
The best Veg Exhibit went to Ali Iles for his set of leeks, the bestFloral Exhibit went to Robert Holmes of Contin for his set of Cactus Dahlia, which also pipped Ali's leeks for Best in Show.
The one low point was the lack of entries in the Floral Art classes - this was low last year but being the first year it was decided to include this section again, but after having only two entries, I think this will be dropped.
I'll apologise now for the photos - taken by the official photographer - will take my own next year! but for what they 're worth here a selection of the best of them. 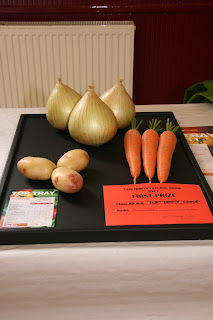 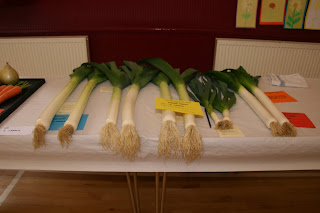 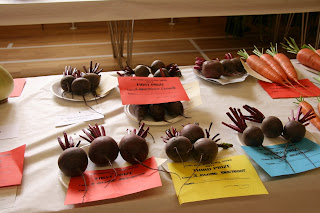 Winner of the Garden News Top Vase competition exhibited by Anne Holmes, Contin.
She scored 23 out of 25 - apparently one of the white dahlias had a small hole in a petal if you looked at hte flower from underneath,﻿ 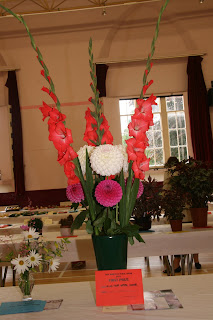 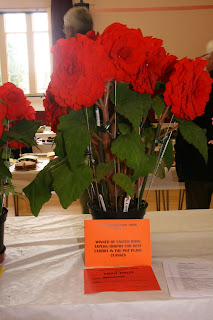 These are Robert Holmes' Cactus Dahlia which tookBest in Show 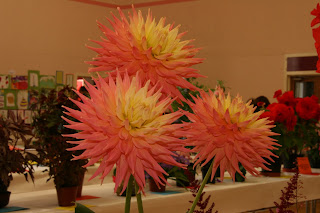 And here are most of the prizewinners - I'm at the back with the Shield and the Black Glass Trophy with the Carrots mounted on it. My daughter Iona is sat beside Robert Holmes, winner of best in Floral Section and Best In Show. 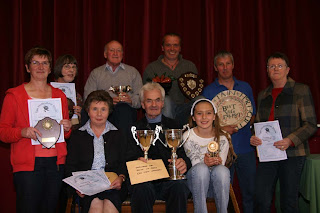